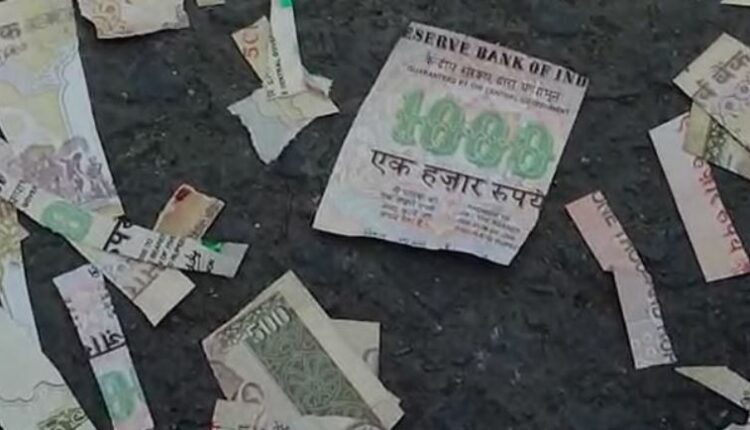 Kolkata: A number of torn, cut and mutilated currency notes were found thrown on the road at the Chakrabedia road in Bhowanipore of Kolkata in West Bengal on Sunday. The reason why someone threw the said notes here is yet to be ascertained.

As per reports, a number of torn, cut and mutilated currency notes were witnessed thrown on the road in Bhowanipore area of Kolkata today. The notes constituted of Rs 2000, Rs 1000 and Rs 500 denominations. The reason as to why and who threw this notes is yet to be ascertained.

Some onlookers are of the opinion that someone had horded the currency notes that were valid before demonetization. Police have reached the spot and trying to find out the reason while the matter is under investigation now.