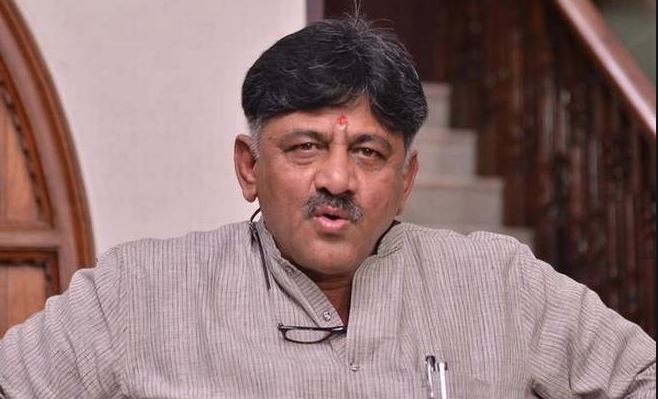 Bengaluru: Senior Karnataka Congress leader DK Shivakumar, who was arrested last evening by the Enforcement Directorate over money-laundering allegations, posted a tweet “congratulating” the ruling BJP for “finally” succeeding in arresting him.

Shivakumar ‘had been uncooperative and evasive’, the Enforcement Directorate said on his arrest. He was taken to hospital for a check-up, where doctors said his sugar levels were fluctuating. He will be produced in court today. The Congress has threatened protests across Karnataka.

The arrest involves tax raids on Shivakumar in 2017 when Rs. 8.6 crore in “undisclosed income” was allegedly found. The figure was revised to Rs. 11 crore later.

Protests broke out in several parts of Karnataka following the arrest. Demonstrations and attempts to block roads by burning tyres were reported from Ramanagara, Chennapattana and a few neighboring towns, where a shutdown has been called for by Shivakumar’s supporters. As a precautionary measure, the district administration has declared holiday for schools and colleges today.

The Congress has alleged political vendetta behind the action against Shivakumar, the party’s chief troubleshooter in Karnataka and at the forefront of efforts to keep the Congress-Janata Dal Secular coalition intact before an exodus of MLAs brought it down and led to the return of the BJP.

“DK Shivakumar, being the strong and obedient Congress leader in Karnataka, was always a target of the BJP,” Congress general secretary KC Venugopal said in a statement.

Accusing the BJP of targeting him falsely, Shivakumar took to Twitter and wrote- “I congratulate my BJP friends for finally being successful in their mission of arresting me. The IT and ED cases against me are politically motivated and I am a victim of BJP’s politics of vengeance and vendetta.”

I congratulate my BJP friends for finally being successful in their mission of arresting me.

The IT and ED cases against me are politically motivated and I am a victim of BJP’s politics of vengeance and vendetta.

The 57-year-old Congress leader also assured the workers of the party and his supporters that he had not done anything illegal.

I appeal to my party cadre, supporters and well-wishers to not be disheartened as I have done nothing illegal.

I have full faith in God & in our country’s Judiciary and am very confident that I will emerge victorious both legally and politically against this vendetta politics.

Meanwhile, Karnataka Chief Minister BS Yediyurappa said, “Let me tell you one thing, the arrest of DK Shivakumar did not bring me any happiness. I will pray to God that he will be out soon.”