Our team is conducting raids, we have recorded the statement of the eye witness, informed Delhi police. 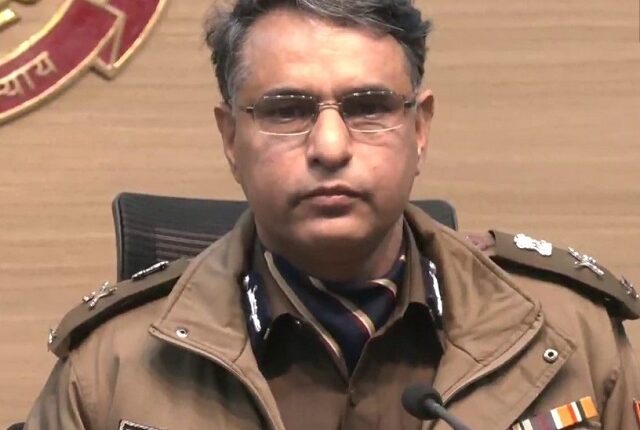 New-Delhi: In some dramatic twists and turns, the Special CP(L&O), Delhi Police Sagar Preet Hooda said that police have included two more names in the list of accused.

Our team is conducting raids, we have recorded the statement of the eye witness, informed Delhi police.

“During interrogation, we also got to know that the car was driven by Amit and not by Deepak. Two others- Ashutosh and Ankush Khanna have also been made the accused in this case. We are trying to arrest them. During the post-mortem, no evidence of sexual assault was found,” he said.

We are trying to file the charge sheet as early as possible. A total of 18 teams of Delhi Police are investigating this case. Two new accused have tried to tamper the evidence and have given misinformation as they tried to help the accused, he said.

The statement of the eyewitness Nidhi recorded. No link found between the eye witness and accused. We can only give a statement if she was drunk or not only after the post-mortem report, it does not have relevance to this case, as it is a case u/s 304 IPC, informed Sagar Preet.

The names of the other two accused are Ashutosh and Ankush Khanna. We are in search of them. Both of them are the friends of the five men under custody. They tried to protect the 5 accused, informed Delhi police.

After the analysis of CCTV and CDR, we have not found any connection between the accused and the deceased. The accused were aware that there is a human body under the car. We are exploring legal process to take this case to a fast track court, informed Police.

We are also conducting an internal inquiry into the delay in the Police PCR response. If there is any human error, disciplinary actions will be taken against the responsible, informed Sagar Preet.

A 20-year-old woman was killed in the early hours of the New Year after her scooter was hit by a car and she was dragged for 12 kilometres.