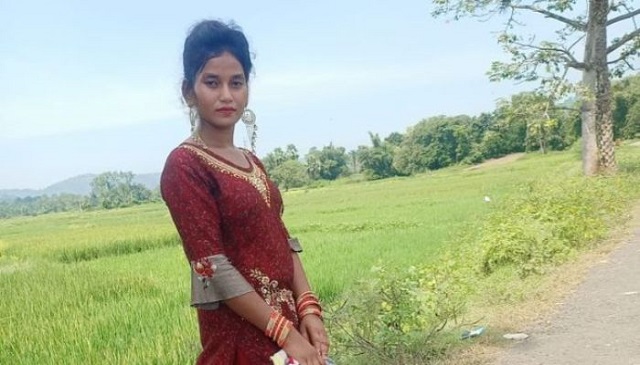 Ranchi: In a gruesome incident, a 22-year-old tribal woman from Jharkhand was allegedly killed and chopped into 18 pieces by her husband.

The deceased has been identified as Rubika Pahadi and was from a tribal community in Sahibganj. She was the second wife of Dildar Ansari who was living with his first wife also.

The incident came into light after some locals noticed a dog eating some human remains behind the newly constructed Angwanwadi centre under the Borio block of Sahibganj district and informed the police.

On being informed, the police reached the spot and recovered several pieces of the body of the the victim.

However, as per the police, they have recovered 12 body parts and some parts of the body is still missing.

“Rubika Pahadi was the 2nd wife of Dildar Ansari, he already had a wife. This was the cause of their personal dispute. Due to this, they murdered her and chopped her into pieces. The probe reveals the involvement of her husband,” DIG Santhal Sudarshan Prasad Mandal said while talking to ANI.

The deceased was chopped off into 18 pieces. As far as the question as to who who was involved as the accused the investigation is going on, informs DIG Santhal Sudarshan Prasad Mandal.

Jharkhand | 12 parts of the body of a 22-yr-old woman belonging to primitive tribal community found in Sahibganj. Some parts of body still missing & search for them is underway. Her husband Dildar Ansari has been detained by Police, the deceased was his second wife: SP Sahibganj

Later, the police have started an investigation into the matter.