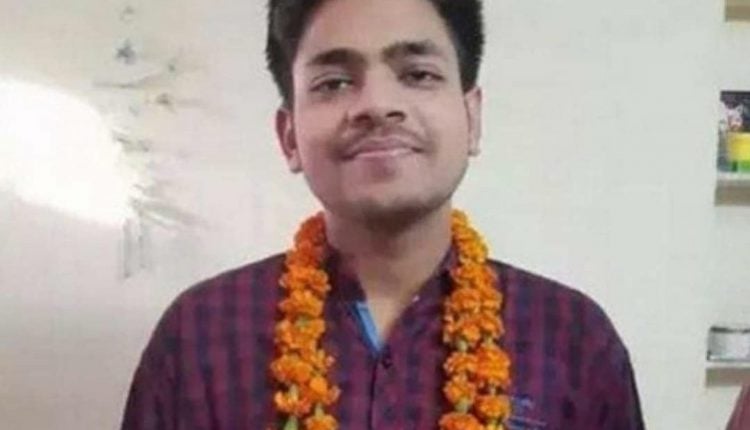 Jaipur, Nov 23: Meet Mayank Pratap Singh, the youngest judge of India who has created history by cracking the Rajasthan Judiciary Services Examination at the age of 21. Neither did he ever go for any coaching nor has ever used Facebook or WhatsApp!

“I have been studying for 6-8 hours regularly however, at times, I have also extended my studies for over 12 hours too,” Mayank said.

“I took this test after completing my final year of law studies and cracked it as a topper,”he says with jubilation. “I expected that I shall clear the exam but I had never hoped to top it.”

However, the young judge was happy that the government reduced the minimum age criteria to take the test to 21 which earlier was 23. “The moment I got the notification of a reduction in age, I applied for this exam.”

He gives the credit for his success to his self-study. “I devoted my personal time and space to my studies which helped me crack the exam and I became a topper. College studies helped me a lot.”

“I never ever had a Facebook account in my life. In fact, I had deactivated all other social media accounts during my exam time. I used the internet only to get legal updates, for getting track of some interesting or important judgement of Supreme Court or High Court.”

“Many of my friends did make a mockery of me for being absent from social media and not using WhatsApp and Facebook. However, with time, they got used to it,” he said.

Mayank says that he was quite focussed on his goal and hence maintained a distance from social gatherings. “I attended only those gatherings which were important for me.”

Answering a query on why he choose judiciary, he said, “I have seen people trusting the judiciary. People have been running here and there seeking justice and hence I choose this career.”

Mayank’s father had been a principal in Rajkumar Singh Government School and his mother too is a teacher in a government school.

His father says that he has been working hard since childhood and has always been a topper in school.

Miscreants loot cash, jewellery worth lakhs from 2 houses in Keonjhar