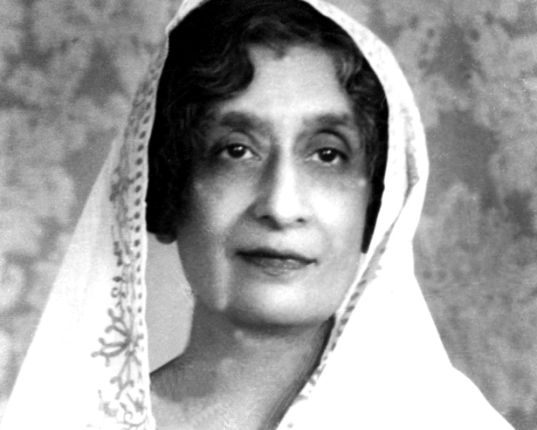 New Delhi :  India’s first health minister and torchbearer of women’s rights, Rajkumari Amrit Kaur, has been accorded a revered place in TIME’s magazine’s list of the 100 most influential women “who were often overshadowed”.

The magazine named Rajkumari Kaur the woman of the year 1947 for “championing an independent India” and helping the country break free from its colonial ties and oppressive societal norms.

Born in 1880 in Punjab’s royal family, the princess completed her education from Oxford and after coming to India, became fascinated by the teachings of Mahatma Gandhi. In 1930, she left the life of luxury and assisted Gandhi as a secretary.

After the country released itself from the clutches of British rule in 1947, she became the first woman in the independent India to hold a cabinet post of a health minister.

As a minister, she laid the foundation of the All India Institute of Medical Sciences (AIIMS), founded the Indian Council for Child Welfare and extensively campaigned to prevent malaria in the country.

Among other social works done by her, she also tackled issues like Devdasi and purdah system, pushed for women’s education, their right to vote and divorce.

Speaking to IANS, historian Riswan Qaiser said that the achievements of Amrit Kaur have “inspired other women to be on their own”.

“In times like 1940s, being a member of a constituent assembly and performing that kind of role was extraordinary,” Qaiser said, extolling her work.

According to the TIME’s, she not only helped “build lasting democratic institutions, but also inspired generations to fight for the marginalized.”

Kaur breathed her last at the age of 75 in 1964 and was cremated as per the Sikh rituals even though she was a practicing catholic.