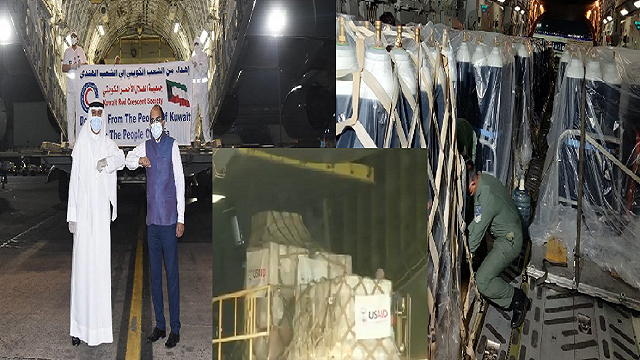 Similarly, An Indian Air Force aircraft arrived at Chennai today early in the morning carrying 450 oxygen cylinders each of capacity 46.6 ltr from the United Kingdom.

However, the United States Department of Defense said that the final two flights of Covid-19 aid to India have been delayed at least until Wednesday. The delay is due to maintenance issues, said US transportation command.