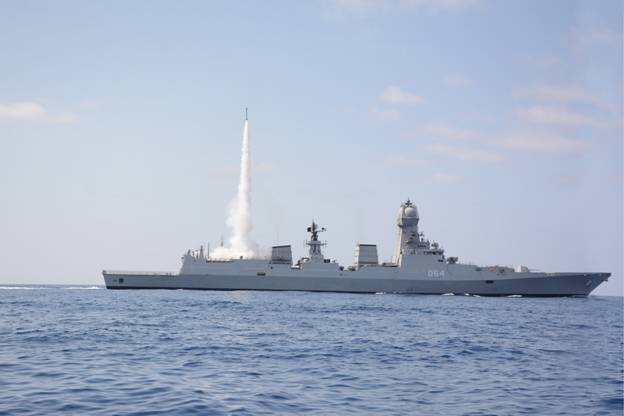 Chennai: The Indian Navy on Friday achieved a significant milestone in enhancing its Anti Air Warfare Capability with the maiden cooperative engagement firing of the Medium Range Surface to Air Missile (MRSAM).

The firing was undertaken on the Western Seaboard by Indian Naval Ships Kochi and Chennai wherein the missiles of both ships were controlled by one ship to intercept different aerial targets at extended ranges.

The firing trial was carried out by the Indian Navy, DRDO and Israel Aerospace Industries.

Highest Ever Single Day Covid Vaccination Record In India At…

With the successful proving of this cooperative mode of engagement, the Indian Navy has become a part of a select group of Navies that have this niche capability.

The Navy sources said, the successful conduct of the test has been the result of sustained efforts by all stakeholders over the years.

The MRSAM has been manufactured by Bharat Dynamics Limited.

Also Read: ‘Art Of Giving’ Observed In Bhubaneswar With Enthusiasm

‘Art of Giving’ observed in Bhubaneswar with enthusiasm

Naveen Patnaik most eligible to be next PM: Surjya Narayan Patro