The 'Chillai-Kalan' usually lasts from December 21 to January 30. This period witnesses frequent snowfall and water bodies getting frozen. 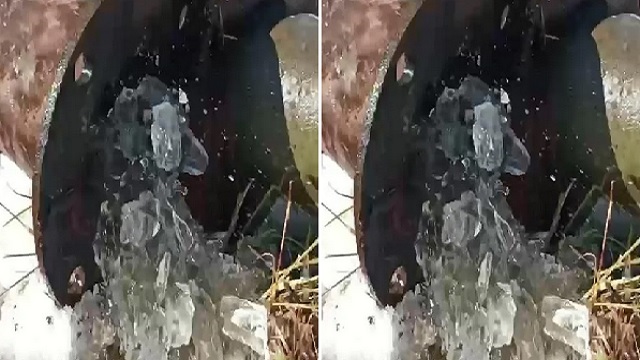 Parts of Dal lake have frozen as temperature at night in parts of Kashmir keep falling rapidly. Major parts of the iconic Dal lake now remain frozen, covered with a layer of ice. It has been reported that will the rapid fall in temperature, house pipelines have ice flowing from them. At certain places, the local people set up bonfire beneath the frozen pipelines, in order to melt the ice.

Kashmir is currently under the impact of ‘Chillai-Kalan.’ This is a local name given to the 40-day period of harsh winter in Kashmir. Meaning which, it is the coldest part of winter. It usually starts on December 21 and typically lasts till January 30. This period witnesses frequent snowfall and water bodies getting frozen.

In the wee hours of January 5, Srinagar recorded a temperature of 6.4 degree Celsius, the second lowest winter temperature in last five years.

As per reports from the India Meteorological Department, snowfall is expected on the next few days. The next few days will continue to experience dry weather and colder nights. The 40-day period will be followed by a 20-day period which is less cold. That is locally called as ‘Chillai-Khurd’. That will be further followed by ‘Chillai-Bachha’, a 10-day even lesser cold waves.