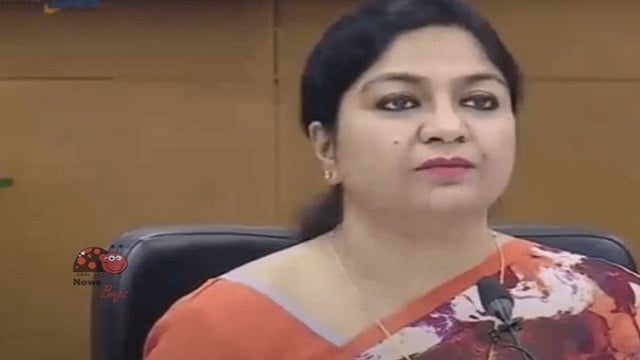 New Delhi: A day after being arrested in a PMLA case, Jharkhand mining secretary Pooja Singhal was suspended from the Indian Administrative Services (IAS).

The action against her was taken by the Department of Personnel and Training.

Singhal is presently in five-day ED’s custody in connection with alleged embezzlement of MGNREGA funds in Jharkhand.

The Enforcement Directorate (ED) is scanning her last three years’ transactions to check the suspicious money trail if any. The agency is also scanning all her properties.

Earlier four cars belonging to her Chartered Accountant Suman Kumar was seized. The source said that someone else had made the payments for the luxury cars, which was suspicious. Kumar was arrested by the agency on Saturday.

Cash of around Rs 19 crore was recovered during the raids by the ED. It is said that it was Singhal’s money. The ED will try to know from where this cash came from.

Chartered Accountant Kumar, who worked for Singhal and her husband, was placed under arrest on Saturday following several raids. Kumar was then sent to five days ED’s custody.

The ED had last week recovered Rs 19.31 crore and a few incriminating documents from the premises of Kumar.

Kumar, a CA of IAS official and mining secretary of Jharkhand Pooja Singhal, came on the radar during the course of investigation. Kumar also handled the accounts of Singhal’s husband.

The Enforcement Directorate (ED) had on last week conducted raids at more than 18 places — Ranchi, Chandigarh, Noida, Mumbai, Kollata, Muzaffarpur, Saharsa, and in several parts of NCR, including Faridabad and Gurugram.