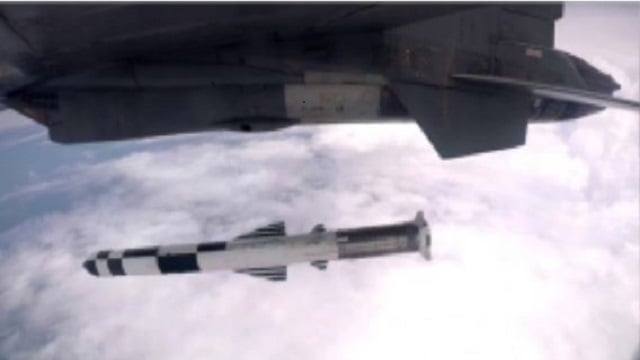 New Delhi: The Indian Air Force on Thursday said that it has successfully fired the extended range version of Brahmos Air Launched Missile against a ship target from a Sukhoi SU-30MKI aircraft.

The IAF said that the missile can hit a target at a range of around 400 km. After being launched from a Su-30 fighter aircraft, the missile hit the target ship in the centre, achieving the desired mission objectives in firing conducted in the Bay of Bengal region.

With this, the IAF has achieved a significant capability boost to carry out precision strikes from SU-30MKI aircraft against land and sea targets over very long ranges, it added.

According to the IAF, the extended range capability of the missile coupled with the high performance of the SU-30MKI aircraft gives the IAF a strategic reach and allows it to dominate the future battlefields. The dedicated and synergetic efforts of IAF, Indian Navy, the DRDO, the BAPL and the HAL have been instrumental in achieving this feat, Defence Ministry officials added.

The IAF will be further strengthened with enhanced lethal capabilities by induction of new range of missile system, long-range guided bombs, the range augmentation kit for conventional bombs and advanced surveillance systems.

Baby born with rare condition in UP, 60% body covered in hair; Pic viral