Gold worth over Rs 5 lakh seized at Bhubaneswar Airport 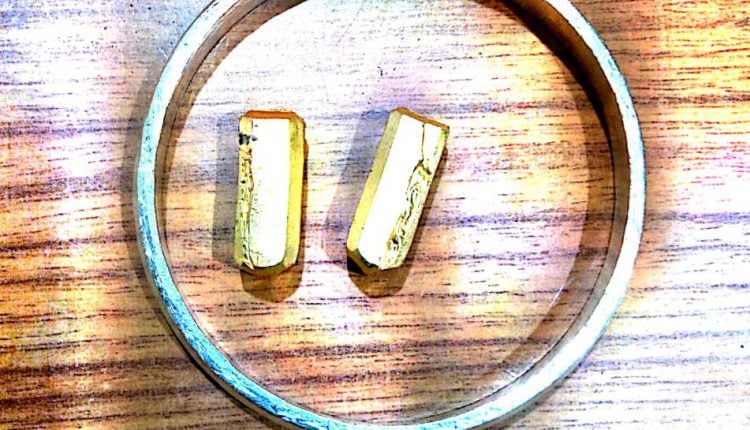 Bhubaneswar: Acting on spot intelligence, the officials of the Air Intelligence Unit of Customs on Monday seized gold weighing 170.750 grams at the Biju Patnaik International Airport (BPIA) here in Odisha.

The market value of the seized gold strips has been estimated about Rs Rs 5, 52,375, customs officials said in a statement.

The officials intercepted one passenger after they found his activities suspicious. The accused, who hails from Ramanathapurm in Tamil Nadu, arrived in the State capital by an Air Asia flight AK-31 from Kuala Lumpur late last night.

During search of body and baggage of the accused, the custom officials recovered one piece of silver coated gold kada (bala) and two pieces of semi cylindrical gold bars, wrapped with black adhesive tapes and pink &white rubber straps from his rectum, the statement mentioned.

“ Further investigation is in progress in this connection,” said an official.

People pay homage to forefathers on ‘Mahalaya’ across Odisha today

Pratibha Ray elevated as Chairperson of Bharatiya Jnanpith Selection Board