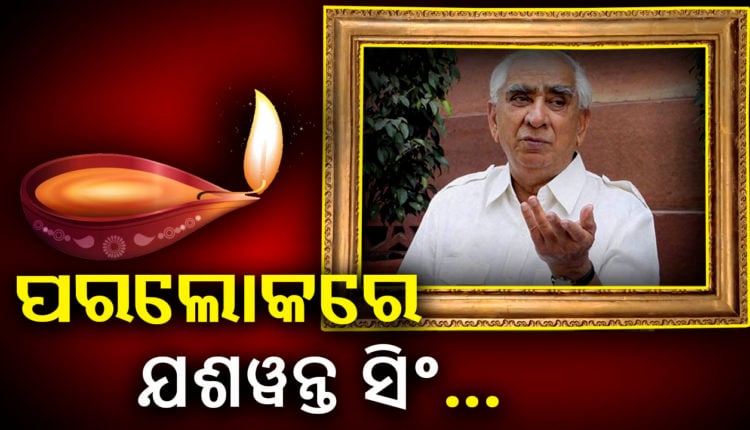 New-Delhi: Former Union minister Jaswant Singh passed away on Sunday after a prolonged illness. He was 82

Taking to Twitter, Prime Minister Narendra Modi said, “Jaswant Singh Ji served our nation diligently, first as a soldier and later during his long association with politics. During Atal Ji’s Government, he handled crucial portfolios and left a strong mark in the worlds of finance, defence and external affairs. Saddened by his demise”.

“Deeply pained by the passing away of veteran BJP leader and former Minister, Shri Jaswant Singh ji. He served the nation in several capacities including the charge of Raksha Mantri. He distinguished himself as an effective Minister and Parliamentarian.”

Cinema halls,plays to reopen in West Bengal from October 1: Mamata

Gold Prices In Bhubaneswar Falls Down Marginally On Sunday