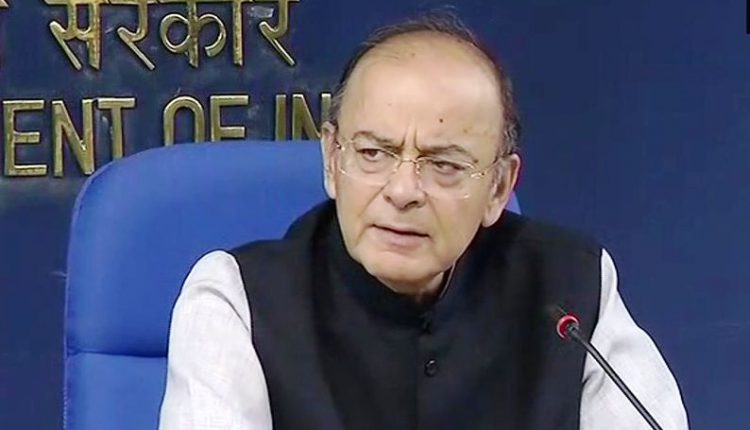 New Delhi: Former Union finance minister and senior BJP leader Arun Jaitley passed away at 12:07 pm today. Jaitley, 66, was admitted to AIIMS on August 9 after he complained of palpitations and restlessness. He was placed under observation at the hospital’s Cardio-Neuro Centre. 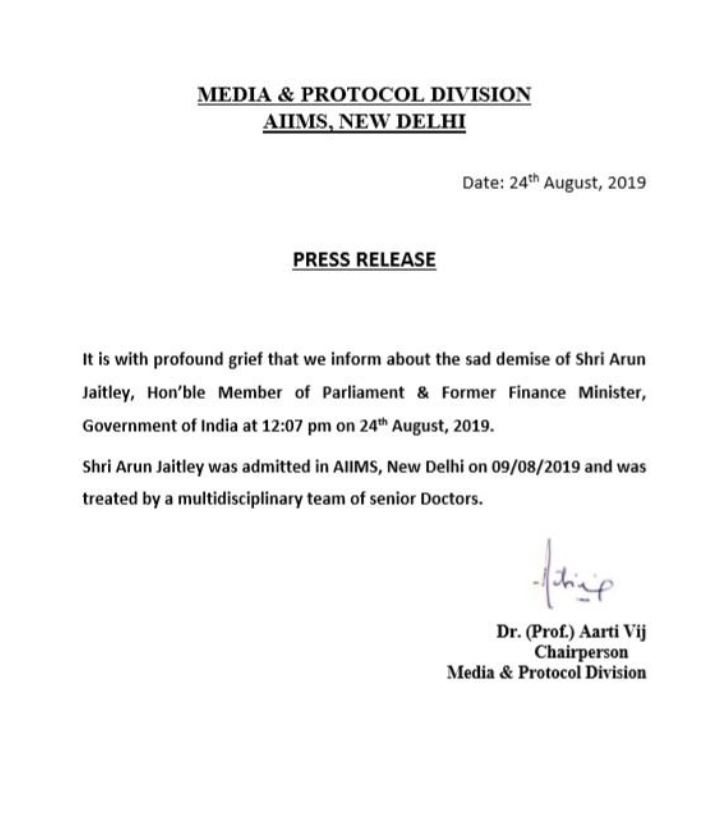 Jaitley did not contest the 2019 Lok Sabha election, presumably because of his ill-health.

In May 2019, Arun Jaitley was admitted to AIIMS for treatment. He had undergone a renal transplant on May 14, 2018 at AIIMS with Railways Minister Piyush Goyal filling in for him in the Finance Ministry at that time.

Jaitley, who had stopped attending office since early April 2018, was back in the Finance Ministry on August 23, 2018. In September 2014, he underwent bariatric surgery.