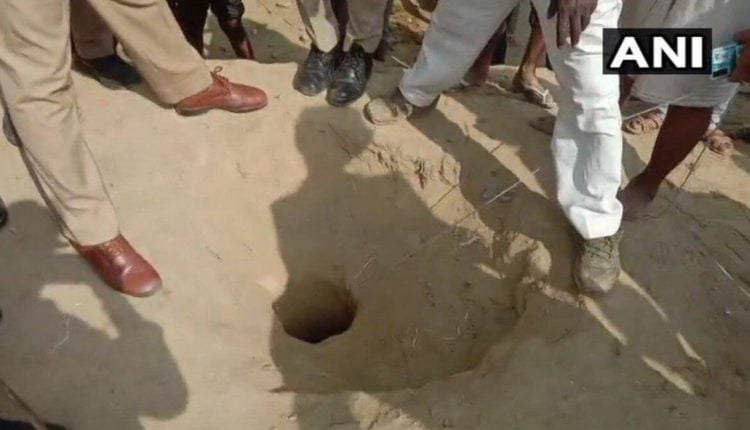 Agra: A five-year-old child named Shiva fell into a 150-feet-deep borewell on June 14 in the Dhariyai village of Uttar Pradesh.

According to the eyewitnesses, the incident occurred while the child was playing near the borewell that was dug by his father, Chhotelal at around 8.30 AM.

Police while speaking about the incident said that the rescue operation is still underway. Oxygen was being provided to the child and District authorities, police, and medical team is on spot, Sub-Divisional Magistrate Rajesh Kumar said. He further added, “We have informed army personnel and National Disaster Response Force(NDRF) about the incident and they will be reaching in a while,”.

The villagers are also trying their best to rescue the child. The village said, “We had dropped a rope into the borewell which the child had caught and he has been responding to our queries,”.

A similar horrifying borewell incident occurred a few years ago which shook the nation. Two-year-old Fatehveer Singh from Sangur had fallen into a 150-feet deep borewell in June 2019. He was rescued after the almost 109-hour-long rescue operation. He was pronounced dead the way to the hospital
in Chandigarh.

Another incident happened in Jodhpur, where four-year-old Seema, who had fallen into a 400-feet deep borewell in April 2019 was rescued after a 14-hour-long rescue operation. However, she succumbed during the rescue operation.