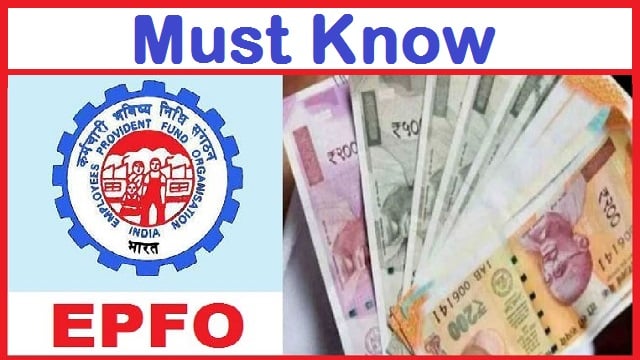 New Delhi: According to reports, the EPFO will pay 8.1 per cent rate of interest on provident fund deposits for the current financial year. It is the lowest interest rate in the last several years. EPFO had given 8.5 per cent interest in Financial Year 2021.

“The Central Board recommended 8.10 per cent annual rate of interest to be credited on EPF accumulations in members’ accounts for the financial year 2021-22. The interest rate would be officially notified in the government gazette following which EPFO would credit the rate of interest into its subscribers’ accounts,” a statement said.

However, before adding to the balance of EPF account holders, the proposed rate needs to have official confirmation from the finance ministry. The EPFO is the country’s largest retirement fund and the second largest non-banking financial institution with a corpus of about Rs 16 lakh crore.

The PF accounts are credited with the annual returns with a significant time lag after the year in question has concluded. The EPFO has 24.77 crore members with EPF accounts. Out of total members, around 14.36 crore members have been allotted Unique Account Numbers (UANs) as of March 31, 2020.

The 230th meeting of Central Board of Trustees, EPF was held on Saturday in Guwahati under the Chairmanship of Bhupender Yadav, Union Minister for Labour & Employment and Environment, Forest & Climate Change.

Only 29% IT workers wish to stay with current employers globally