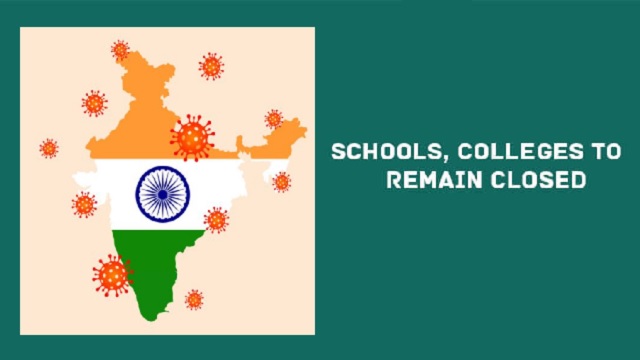 Bhubaneswar: Due to the rapid spike of Covid-19 cases country wide, several states have directed to shut down their schools, colleges, educational institutions.

Similarly, the schools, colleges in Maharashtra will remain closed till February 15, all schools conducting offline classes for students from grade 1 to 9 will remain shut in Puducherry from today until further orders.

All universities and colleges in Uttar Pradesh will be closed for the next seven days and online classes will be conducted.

It is to be noted that India reported as many as 1,79,723 fresh COVID cases in the past 24 hours on Monday. However, the number of deaths in the country decreased considerably and reached 146 in last 24 hours the entire nation.

A total of 4,033 Omicron cases were reported in 27 States/UTs of the country so far.

The Covid vaccination drive of children aged 15-18 years began across the country today on January 3, 2022. The children who were born before January 1, 2007, are eligible to take the COVID-19 vaccine doses. They can take the second dose between 18 to 40 days after the first dose.