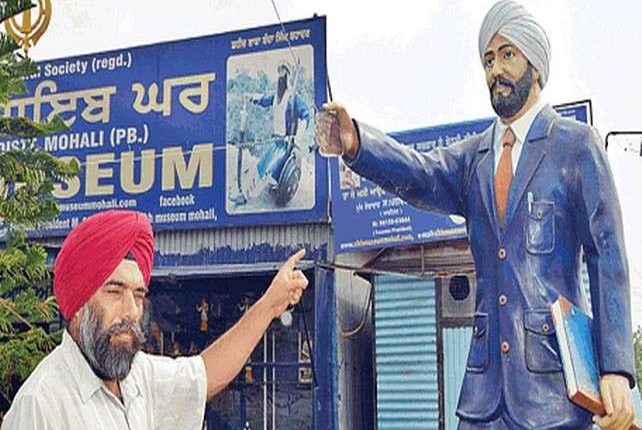 Mohali: A dummy pistol was stolen from the hand of a statue of Shaheed Udham Singh by an unidentified miscreant late last night.

The statue was placed in the open at ‘Sikh Ajaib Ghar’ or the Sikh Museum at Balongi village in Mohali.

As per reports, the incident took place on midnight. CCTV footage showed a person breaking the hand of the statue and taking away the dummy pistol.

“It could be mischief, but the incident is shameful as it hurts our patriotic sentiments,” said local people.