The Allahabad High Court announced divorced Muslim woman is entitled to maintenance from her former husband for her entire life unless she gets married for a second time. 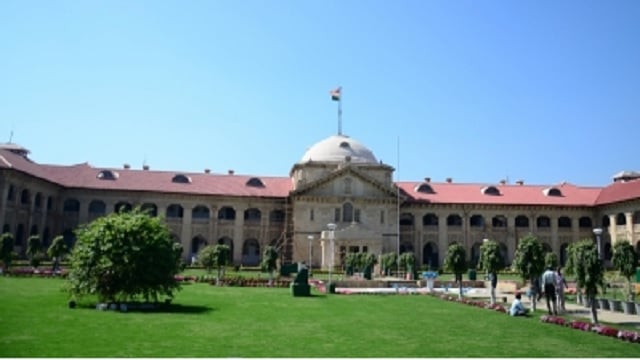 Prayagraj:  The Allahabad High Court has held that a divorced Muslim woman is entitled to maintenance from her former husband for her entire life unless she gets married for a second time.

The High Court, set aside a lower court order that had earlier set a defined timeline for the payment of alimony.

The bench of Justice Surya Prakash Kesarwani and Justice Mohd Azhar Husain Idrisi were hearing a case involving a Muslim woman, Zahida Khatoon, whose husband Narul Haque divorced her in 2000 after an 11-year marriage.

The High Court set aside a September 15, 2022, verdict by the principal judge of the Ghazipur family court which ruled that the appellant Zahida Khatoon was entitled for maintenance only for the period of “iddat”, which was defined as three months and 13 days from the date of divorce.

“We have no hesitation to hold that the principal judge, family court, Ghazipur, has committed an error of law to hold that the appellant is entitled for maintenance only for the period of iddat,” the HC said.

“The court below has misread and misunderstood the judgment of Supreme Court in the case of Danial Latifi and another Vs Union of India (2001), which provides that a Muslim husband is liable to make reasonable and fair provision for the future of the divorced wife, which obviously includes her maintenance as well. Such a reasonable and fair provision (maintenance), which extends beyond the iddat period must be made by the husband within the iddat period,” it added.

The High Court then remitted the matter back to the competent court to determine within three months the amount of maintenance and return of properties to the appellant by the husband in accordance with law.

In Latifi’s case, the top court struck a balance between the Muslim Women (Protection of Rights on Divorce) Act and Section 125 of Criminal Procedure Code in matters of alimony.

The 2001 judgment ruled that a Muslim husband is obligated to provide maintenance to his divorced wife extends beyond the iddat period, and he must realise his obligation within the iddat period.

Drawing from the intent of Section 125 CrPC which takes into account the future needs of a divorced wife too, the Supreme Court held a Muslim husband is liable to make reasonable and fair provision for the future of his divorced wife beyond the iddat period.

Zahida Khatoon got married to Haque on May 21, 1989. At the time, Haque was not employed, but later joined service in the state postal department. He divorced Zahid on June 28, 2000, and married another woman in 2002.

Odisha weather update: Many places of the state shivering in cold