Despite becoming stronger than ever in WB, internal rumblings rattle TMC 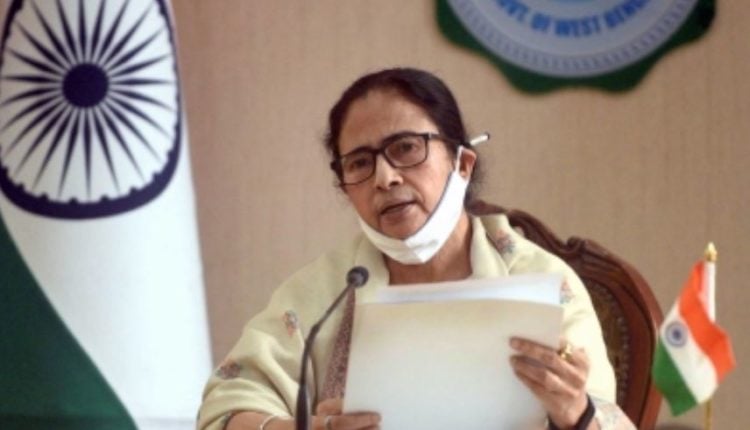 Kolkata: With the BJP struggling to negotiate with its own organisational differences, and the Left and the Congress becoming regularly irrelevant in West Bengal politics just before the corporation and municipal elections — the Trinamool Congress seems to have emerged as the biggest enemy of Trinamool Congress.

The ruling party has bagged three municipalities even before the filing of nominations is over, but that has raised several questions within the party, challenging not only the supremacy of Chief Minister Mamata Banerjee, but also exposing the chinks within the party that are likely to become bigger in the days to come.

The internal differences within the party came to the fore following a Facebook post by a young Trinamool Congress leader Debangshu Bhattacharya, considered to be close to Abhishek Banerjee.

Bhattacharya wrote on Facebook post on Thursday: “Some people create disturbances in the elections because of their narrow personal gains and that is resulting in unrest in the local body polls. The police should be given 100 per cent free hand and if needed double number of central forces should be deployed in the municipal polls.”

Bhattacharya was definitely indicating the ongoing controversy of the walkover in three municipalities — Budge Budge, Sainthia and Dinhata — where Trinamool Congress grabbed power even before the nominations were over.

He was indicating at the panchayat elections of 2018 when Trinamool Congress grabbed 34 panchayats without any contest and, according to him, the result was evident in 2019 Lok Sabha elections when the BJP won 22 Lok Sabha seats — the highest it has managed in the state so far.

The youth leader also said that the party will not be able to perform like it did in the 2021 Assembly elections when it swept the polls over with 234 seats.

“The people will not forgive even if they go with folded hands. Those who create unrest will ‘make a setting’ with the ruling party, but the workers and the supporters will have to face the backlash – they will die,” he added.

Though the Trinamool leadership is considering the uncontested wins as the organisational and the political weakness of the opposition, particularly the BJP, the post by Bhattacharya is indicative of the growing resentment within the party.

Trinamool Secretary General Partha Chatterjee said, “The opposition was elated after getting 38 per cent votes in the Assembly polls but in the last seven/eight months, they were only seen quarreling with themselves. They have not been able to come to any help of the common people. They have failed to find candidates for even their own party.”

Though Chatterjee tried to put up a brave face and blamed it on the opposition, insiders in the party feel that the differences between the older version and the newer version of Trinamool are becoming apparent with each passing day.

Abhishek Banerjee had announced that the civic polls will be peaceful and will be done in a democratic manner, but leaders close to him said that he failed to keep his promise not only in Kolkata Municipal Corporation elections, but also in the upcoming civic polls where cases of threats and kidnapping of candidates are in abundance.

The situation went to an extent that there were strong indications in view of the ongoing differences between the senior leaders of the party, including Mamata Banerjee herself and I-PAC — while Abhishek Banerjee is likely to leave the organisational responsibilities of the party and continue to work only as the MP of Diamond Harbour.

Abhishek Banerjee is likely to make the announcement after the Goa Assembly polls scheduled on February 14. Either on the polling day, or the day after.

As a result, Trinamool Congress chairperson Mamata Banerjee on Saturday dissolved all the existing posts and formed a 20-member national working committee after a meeting with some senior party leaders at her Kalighat residence. The names of the new office-bearers will be announced later by Banerjee herself.

“The Trinamool chief might have deferred the problem by dissolving all the existing posts, but this is not a solution. She will have to find an alternative mechanism to create a bridge between the old and new leaders of the party, else the problem will again crop up in a different form. The present decision to dissolve all the existing posts will give her some time, but it will be a thing to watch how she handles the party in this crucial situation,” a senior party leader said.