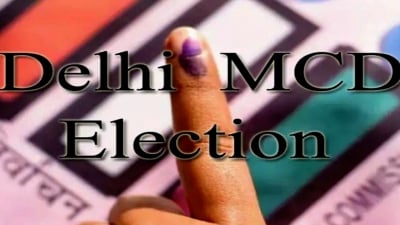 New Delhi:To ensure a hassle-free civic polls on December 4, the Delhi Police will deploy 40,000 security personnel at every nook and corner of the national capital.

According to Delhi Police, a total of 40,000 personnel will be deployed across the city on the polling day on December 4.

“A total of 20,000 security personnel of Home Guards have also been asked from the neighbouring Uttar Pradesh, Rajasthan and Haryana for the election duty,” said an official.

“As per analysis of all booths, there will be heavy deployment on the critical booths and communally sensitive areas,” said the official.

More than 13,000 polling booths have been set up across the city. Of these, 3,000 booths come under the “critical” category. Around 1.45 crore people are eligible to exercise their franchise.

A total of 108 companies of Central Armed Police Force and State Armed Police will also be deployed so that the election process passes off peacefully.

Police teams will also monitor the recent communally-hit areas with the help of drones. “Police have also increased its visibility in every district and frequent checks are being done by teams,” said a senior police official.

“All ACsP & SHOs also had meetings with ‘Aman committee members’ of the communal sensitive areas and sensitised them to become ‘Eyes & Ears’ of Delhi Police. They were also asked to report on 1,090 regarding anything suspicious,” said the official.

Odisha: Viral video of drone shots of Srimandir in Puri