A layer of dense to very dense fog extended from Punjab to Bihar across Haryana, Delhi and Uttar Pradesh 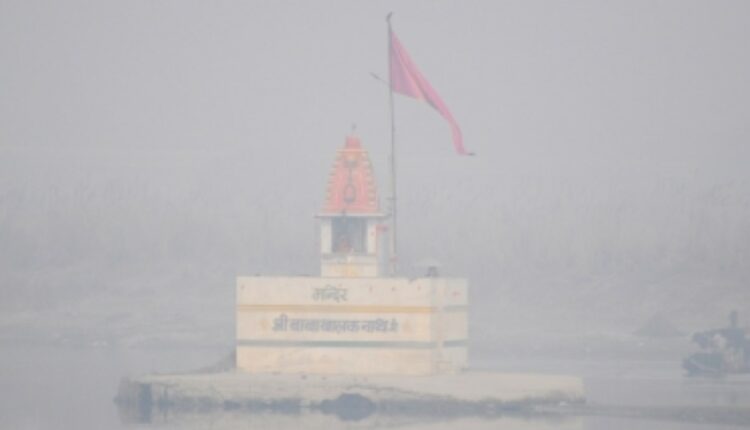 New Delhi: The air quality in Delhi on Wednesday continued to be under the “severe” category, with dense fog enveloping the national capital reducing visibility to a minimum.

Although the city’s overall Air Quality Index (AQI) was recorded at 421 early Wednesday morning, the pollution levels however reduced after few hours, the System of Air Quality and Weather Forecasting and Research (SAFAR) said.

Meanwhile, the dense fog cover lowered the visibility to just 50 metres in the city.

According to the India Metrological Department (IMD), a layer of dense to very dense fog extended from Punjab to Bihar across Haryana, Delhi and Uttar Pradesh.

The Palam observatory near the Indira Gandhi International Airport recorded a visibility level of 50 metres.

Dense fog in isolated pockets is likely during night and morning hours over Punjab, Haryana, Chandigarh, Delhi, Uttar Pradesh and Bihar, it said.

The Safdarjung observatory, Delhi’s primary weather station, recorded a minimum temperature of 5.8 degrees Celsius as per the IMD.

Due to the current fresh Western Disturbance, minimum temperatures are very likely to rise by 2-4 degrees over plains of Northwest India.

As a result, no cold wave conditions are likely in the region for at least the next three days, the IMD said on Wednesday.