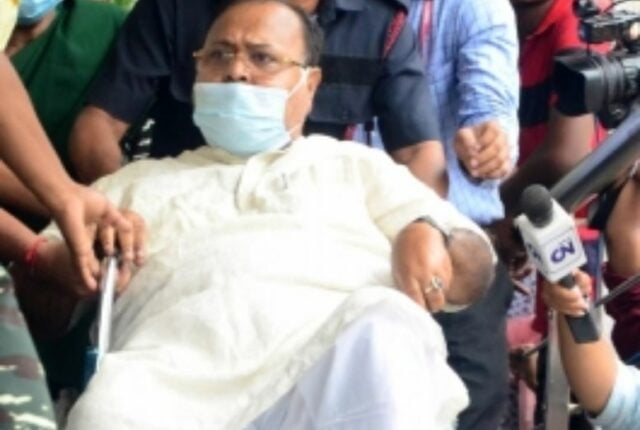 Kolkata: A special CBI court on Friday rejected an application by a correctional home in Kolkata for the virtual appearance of former Minister Partha Chatterjee in connection with the multi-crore West Bengal School Service Commission (WBSSC) scam and instead ordered his physical presence on October 31.

The state’s former education minister was supposed to be physically present at the court on Friday. However, the authorities of the Presidency Special Correctional Home, where he is being housed, made an appeal for his virtual presence.

However, the letter of appeal from the correctional home the court on Friday morning.

However, complications then started as the link for the virtual hearing started malfunctioning.

At the same time, the court took strong objections to the letter of appeal claiming that it was unwarranted since in the previous hearing, it had ordered for physical presence of the accused on Friday.

Gurugram mall not mine, was inaugurated by Haryana CM…

Despite the former minister being ready for a physical appearance, the correctional home authorities have insisted on his virtual presence on security grounds.

In its first charge sheet on the scam filed recently, the CBI had pinpointed Chatterjee as the principal mastermind behind the conspiracy.

Similarly, Enforcement Directorate (ED), which is conducting a parallel probe in the matter, also filed its charge sheet in which it held Chatterjee as the prime conspirator.

He was arrested by ED in of July and he is currently under judicial custody.