Congress not giving Scindia first seat for RS irked him 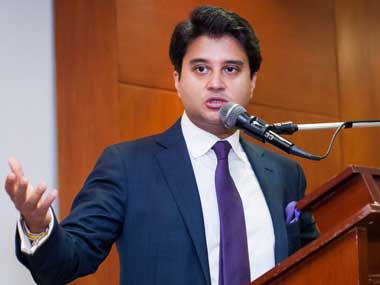 New Delhi, March 10 (IANS) After the resignation of once Rahul Gandhi’s confidante Jyotiraditya Scindia, the congress government is on a risk to fall as Scindia supporting MLAs have started giving resignations.

But what triggered the resignation, the answer lies in the Rajya Sabha elections in which Scindia was the strong contender but with pressure tactics from Digvijaya Singh and Kamal Nath, the party was not able to decide on candidates, said a source.

But Scindia wanted the first seat so he can get into the Rajya Sabha comfortably as the second seat was tough for the Congress. The party’s dilly delaying tactics irked Scindia and he then looked to the other side. The BJP, on the other hand, eyeing a major catch to dislodge the government in Madhya Pradesh, ceased the opportunity and now the Congress leader has parted ways.

Scindia wrote in his resignation, “…as you well know, this is a path that has been drawing itself out over the last year,” adding that he is “unable” to “serve” people having been a part of the Congress.

He added that to respect the “aspirations of my people and my workers”, he has taken this decision.

Scindia, having been overlooked for the Chief Minister post, claimed the Pradesh Congress Committee post, but that too was denied to him as he faced stiff resistant from the Digvijaya-Kamal Nath camp.

During the Lok Sabha elections, he was appointed General Secretary Incharge of UP west and after scoring a duck and losing his seat, he resigned from the post and started touring the state to give message to the party and recently he said if the manifesto is not implemented he will hit the streets, with Kamal Nath giving no response and bluntly saying let him do that.

Ahead of this, Scindia removed the party name from his Twitter bio and after it made headlines, Scindia rejected the claims that he is parting ways with the party.

A Congress leader said, “We did not expect that Scindia will leave the party,” but now after trying to cajole him, the Congress finally expelled him from the party.

Once close to Gandhis, Scindia has fallen in the lines of Natwar Singh and other family loyalists who also met the same fate.

Three die, one missing in Badanal dam in Odisha’s Rayagada during Holi

US rejects formation of parallel government in Afghanistan