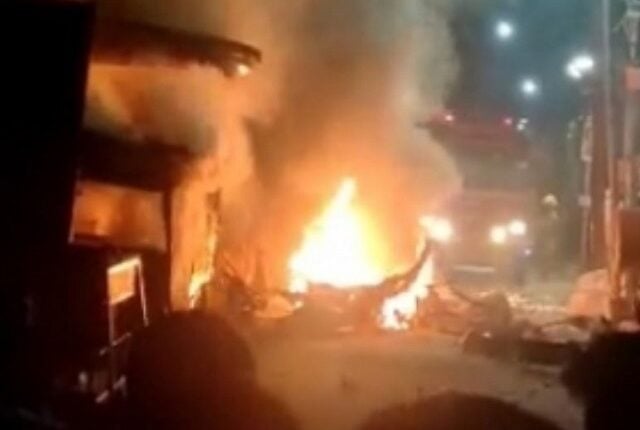 Chennai: Tamil Nadu Chief Minister M.K. Stalin convened a high-level meeting of officials on Wednesday in the wake of the Coimbatore car blast in which a 25-year-old youth, Jameesha Mubin, died and five of his accomplices arrested under UAPA.

After the Coimbatore car blast on Sunday early morning, the police conducted raids on the residence of Mubin and found materials like potassium nitrate, sulphur, etc., which can be used for the manufacturing of country-made bombs.

The Tamil Nadu opposition, including AIADMK and BJP have come out strongly against the Chief Minister and the Home department for not bringing out in the open the exact reason of the car blast and whether it was a suicide bombing attempt.

The police have recovered the maps of some vital installations of Coimbatore, including the Coimbatore Railway station, Victoria Hall, Coimbatore Commissionerate of Police, District Collectors office, and Race Course.

BJP state president, K. Annamalai has said that the Tamil Nadu Police were not clearly mentioning whether it was a suicide bombing or not. He also said that there was hesitancy on the part of the state police in clearing up the death in a sensitive town like Coimbatore. He said the police were sticking to the theory that it was the ‘gas cylinder blast’. The presence of chemicals in the body of the deceased Mubin is more of an indication that the youth had killed himself.