CIC directs to share information regarding Rs. 2000 and 500 notes printed after RTI petition

RTI petition seeked information for how many notes were printed in November, 2016.

Gurugram: The Central Information Commission(CIC) has directed concerned authorities to release the data stating how many Rs. 2000 and 500 notes were printed from November 9, 2016, till November 30, 2016. Central Government headed by PM Narendra Modi had brought in demonetisation on November 9, 2016. 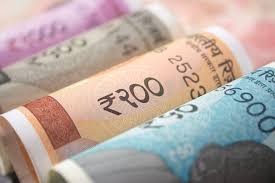 Gurugram based RTI activist Harinder Dhingra had filed a petition for information regarding the number of notes printed daily from November 9, 2016, to November 30, 2016.

Dhingra had originally applied for the information through RTI on February 23, 2017. Central Public Information Officer(CPIO) had rejected his petition stating demonetisation to be a sensitive matter.

Dhingra said that after a hearing on November 30, 2018, Information Commissioner Sudhir Bhargava on December 5, 2018, issued an order to provide the information.

“Number of notes printed on daily basis from November 9, 2016, to November 30, 2016, was not so sensitive as to attract the exemption provisions under section 8(1)(a) of the RTI Act, therefore CPIO has been directed to provide the information sought,” the order read.