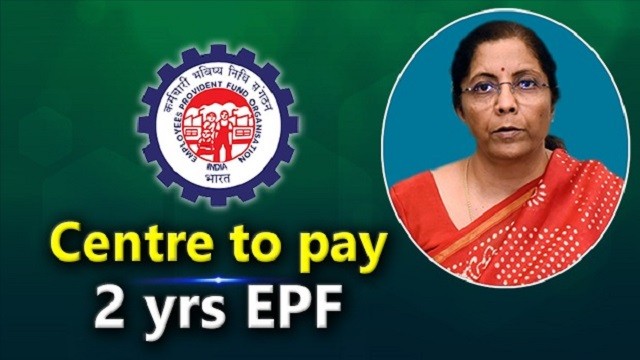 Taking important steps towards increasing employment in the country amid Corona crisis, the Central Government on Wednesday approved the Atmanirbhar Bharat Rojgar Yojana (Self-Reliant India Employment Scheme). Under this, the government will provide 12-12 per cent subsidy on the Provident Fund (PF) to both the new job seeker and the new recruiter.

The Union Cabinet chaired by Prime Minister Narendra Modi, allocated a budget of Rs 1,584 crore for this purpose for the current financial year and Rs 22,810 crore for the entire plan period 2020-2023. The scheme will benefit 58.5 lakh employees.

Under this scheme, the Central Government will provide a subsidy for a period of two years to all new employees involved on or after October 1, 2020 and till June 30, 2021. This facility will be available only to institutions where there are up to 1000 employees. In the employment provider organizations having more than 1000 employees, the Central Government will contribute only 12 percent of the employees in the EPF for a period of two years in respect of new employees.

Any EPF member who has a universal account number and his monthly salary is less than Rs 15,000 and if he quit his job during the Covid epidemic in the period between March and September this year and would be given any employment falling under the scope of EPF If the provider does not get employment in the institute till September, then it will also be eligible to take advantage of this scheme.

Santosh Gangwar said, “In the perspective of the Corona epidemic, the self-sufficient Bharat Yojana scheme is giving necessary impetus towards new job creation on the one hand. On the other hand, we have also worked to provide financial assistance to them directly in the form of industries. Through this scheme, we have moved from formal to the informal economy. “He said that under this scheme we have selected employees whose monthly salary is less than Rs. 15,000. Through this scheme, we will be working towards poor welfare. Let’s show our commitment.

Under this scheme, EPFO ​​will cover every new employee appointed in the registered institute, whose monthly salary is less than Rs 15,000. It will also include EPF members with less than 15,000 wages, who were fired during the Covid-19 epidemic and rejoined on or after October 1, 2020.

During Corona, the government started a scheme for employment generation. Under this, the government was contributing 12 percent to the EPF. About 1.21 crore people benefited from this. Earlier there were 60 million workers in the organic sector. Now, this number has gone up to 100 million. The new scheme will increase the take-home salary for those under 15 thousand. This will also increase market demand. Millions of people will get jobs from this. More than 1 crore people had benefited from the previous scheme.