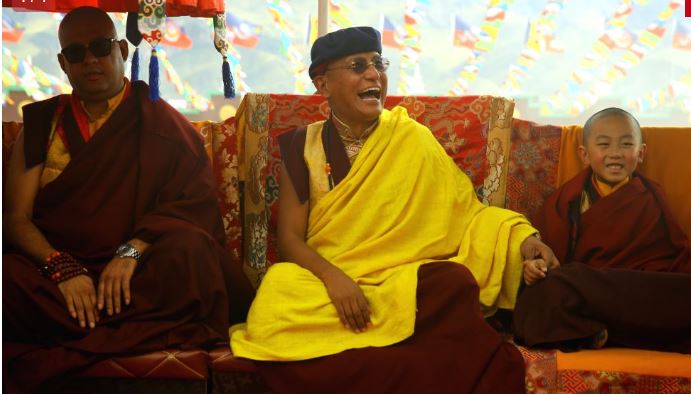 Leh:  Buddhist spiritual leader the Gyalwang Drukpa, who is heading the 17th century Hemis monastery of Drukpa lineage here, the largest in the Himalayas, on Tuesday greeted Prime Minister Narendra Modi on his 69th birthday.

“We express our heartfelt gratitude to the Government of India for uniting Ladakh with the country and invite all to join us in our celebrations at Hemis!”

A five-day Naropa festival, a carnival of Buddhist spirituality, culture and tradition, and a grand congregation of Drukpa masters, began on Monday at the Hemis monastery, some 45 km from Leh.

This time, a special celebration is being held to mark the granting of the Union Territory status to Ladakh.

The Naropa festival, a celebration of the 1003rd birth anniversary of the great Indian saint Naropa, is seeing tens of thousands of devotees, mainly from Ladakh, Bhutan and Nepal.

A traditional archery competition, fashion show and performances by local and Bollywood artistes are taking place during the festival that will conclude on September 20.