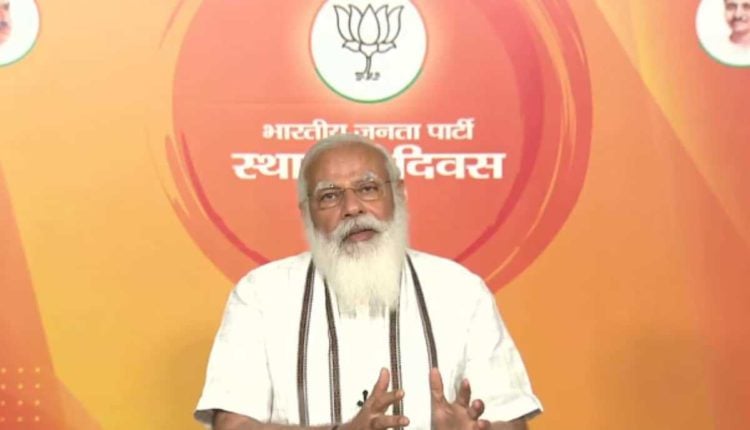 New Delhi:  Prime Minister Narendra Modi on Tuesday said lies and rumours are being spread by the opponents of the Bharatiya Janata Party (BJP) to create political instability in the country.

Addressing the BJP workers on the occasion of the party’s 41st foundation day, Modi said: “Wrong narratives are created against CAA, farm laws and labour law, it’s a pre-planned conspiracy to create political instability in the country.”

“These people spread rumours, lies and create atmosphere of imaginary fear like ‘Constitution will be changed, reservation will end, land will be taken away. All these rumours are lies,” Modi said, hitting out at the party’s opponents.

The Prime Minister appealed to the party workers to create awareness about false narratives.

“Some people or organisation spread these lies. We have to stay alert, and with the help of correct information, we have to make the countrymen aware about false narratives,” Modi said.

Speaking to the party workers about the people behind the false narratives, Modi said: “What they are doing will hurt the country in the long run. Therefore, the BJP workers have to stay alert and warn people about the truth.”

“Parties that began with the help of local aspirations became a family-based party later. Parties that were wearing a mask of secularism are finally being unmasked,” he said.