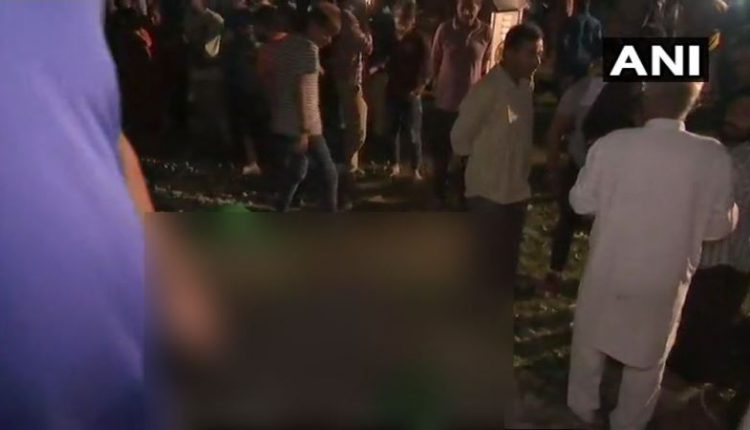 Amritsar: Punjab Chief Minister Capt. Amarinder Singh on Friday announced ex-gratia of Rs 5 lakh for the kin of each deceased persons who died in the tragic train accident which took place during Dussehra celebration at Joda Phatak in the state.

Besides, Singh declared free treatment to injured persons undergoing in all government and private hospitals.

“Shocked to hear of tragic rail accident in Amritsar. Have asked all govt & pvt hospitals to stay open to help in this hour of grief. District authorities have been directed to take up relief and rescue operations on a war footing,” said the CM on his twitter handle.

“Rushing to Amritsar to personally supervise relief & rescue in tragic rail accident on Dussehra in Amritsar. My govt will give Rs 5 lakh to kin of each deceased & free treatment to injured in govt & pvt hospitals. District authorities have been mobilised on war footing,” he added.

Some locals were burning the effigy of Ravana near the railway track this evening. Accidentally, it was falling on the people who run towards the rail line to save their lives. Unfortunately, at least 50 of them died on the spot when a DMU train number 74943 a train, that came on the track, run over them. However the death toll is likely to increase as many injured are said to be critical.

The train was on its way to Amritsar from Pathankot.