Akhilesh agrees to 36 seats for RLD, 6 will have SP candidates 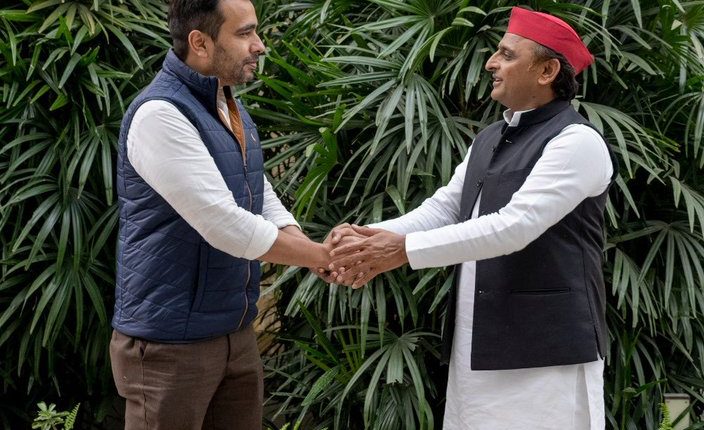 According to highly placed sources, SP president Akhilesh Yadav, who held a meeting with RLD president Jayant Chaudhary on Tuesday evening in Lucknow, has agreed to give 36 seats to the RLD.

However, on six of these seats, the candidates will be from Samajwadi Party but will contest on the RLD symbol.

A similar arrangement had been seen in Kairana in the 2018 Lok Sabha by-election, when Tabassum Hasan of Samajwadi Party had contested on RLD ticket.

A SP leader explained, “The arrangement works well because cadres of both parties feel a sense of involvement with the candidate.”

The RLD, political experts claim, is much better positioned in western Uttar Pradesh, especially after the farmers’ agitation in which Jayant Chaudhary actively participated.

The two leaders, at the meeting which was held without any aides, also discussed the political situation in western part of the state after the Centre’s decision to repeal farm laws.

Talks were also held about a common minimum programme even though the RLD has already released its manifesto last month.

It was decided that while parties in alliance with the Samajwadi Party can release their own manifestos for the Assembly polls, a common minimum programme will be drafted when it comes to the government formation.

“In any case, all parties that are in alliance with the SP have their focus on weak, deprived sections of society and farmers and youth. The agenda of all parties is almost the same,” the SP leader said.

However, there may not be a formal announcement of the alliance.

“What announcement is needed now? We have already been in alliance with SP since the 2019 elections and it is simply seat sharing that is to be announced,” said Rohit Agarwal, RLD spokesman.

Akhilesh Yadav and Jayant Chaudhary are likely to hold a joint rally in western Uttar Pradesh, the date and time of which is yet to be finalised.

The two leaders, after the meeting, tweeted their photographs.

The two tweets conveyed amply that the deal had been sealed.

Akhilesh and Jayant, according to sources, share a camaraderie that is not found among politicians these days. The two have been on the same page on key political issues in recent times and the alliance is likely to make substantial gains in western Uttar Pradesh.