New Delhi: The Centre on Thursday raised the upper-age limit for recruitment under the Agnipath scheme to 23 years from 21 years for the year 2022 amid protest and agitation against the new Army recruitment scheme.

“Consequent to the commencement of the Agnipath scheme, the entry age for all new recruits in the Armed Forces has been fixed as 17 and a half – 21 years of age. Cognizant of the fact that it has not been possible to undertake the recruitment during the last two years, the Government has decided that a one-time waiver shall be granted for the proposed recruitment cycle for 2022,” the government said in a statement.

Earlier, when the scheme was annouced on Tuesday, the government had said the entry age for all new recruits will have to be from 17 and a half year to 21 year. 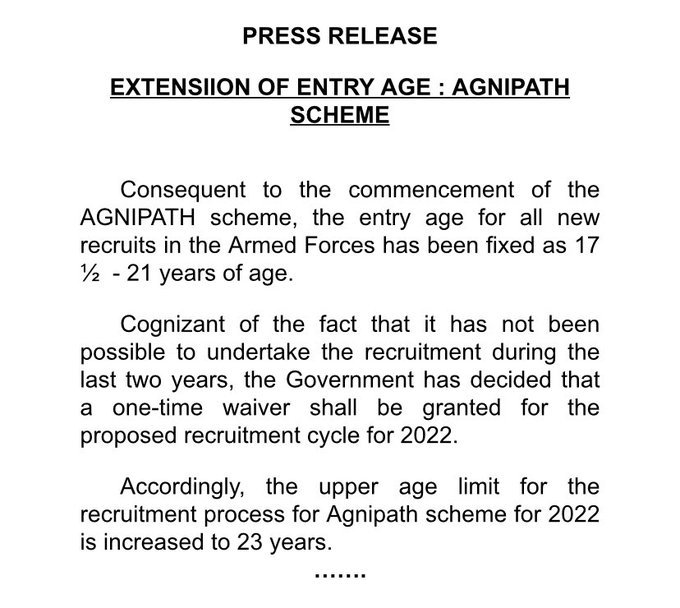 Navodaya Vidyalaya recruitment 2022: Apply online for 2200 TGT, PGT, and other…