After furore for slurring women, Baba Ramdev has expressed regrets and apologised

Barely 72 hours after his comments on women sparked a furore, a chastened Yoga guru, Swami Ramdev has expressed regrets and apologised for his remarks. 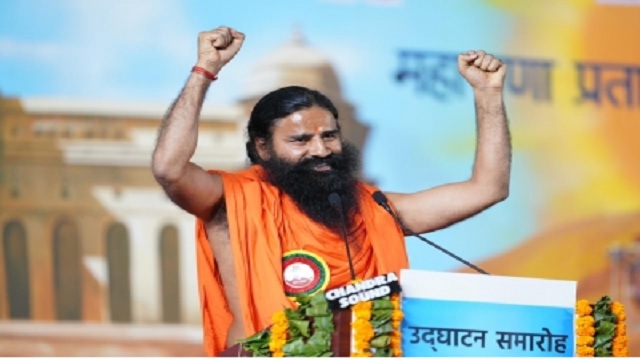 Mumbai:  Barely 72 hours after his comments on women sparked a furore, a chastened Yoga guru, Swami Ramdev has expressed regrets and apologised for his remarks.

Ramdev has sent an email to the effect to the Maharashtra State Commission for Women Chairperson Rupali Chakankar, in response to her missive of Friday demanding an explanation for his utterances within 72 hours.

Confirming the developments, the MSCW head informed that Ramdev has sent the response to her, expressing both regrets and tendering an apology, but also claiming that his remarks were allegedly twisted out of context.

“We have received his reply to our notice…However, if there are any more objections or complaints, we shall conduct a full-fledged probe and get the full video recording of the programme held last week,” warned Chakankar.
Addressing a free Yoga training programme for women in Thane, Ramdev Baba blurted out without batting an eyelid before the gathering, largely comprising women: “Women look good in saris, they look great in salwar suits, and in my view, they look good even if they don’t wear anything.”

The blatant statements spurred calls to “slap, kick and tonsure” Ramdev from various quarters in Maharashtra and other parts of India.

Agitated top leaders of various parties including Sanjay Raut, Dr. Manisha Kayande, Kishore Tiwari, Mahesh Tapase, women activists like Aparna Malikar, Trupti Desai, and others pounced on Ramdev, seeking an unconditional apology, booking him for degrading womenfolk and other demands, even as the MSCW slapped a notice.