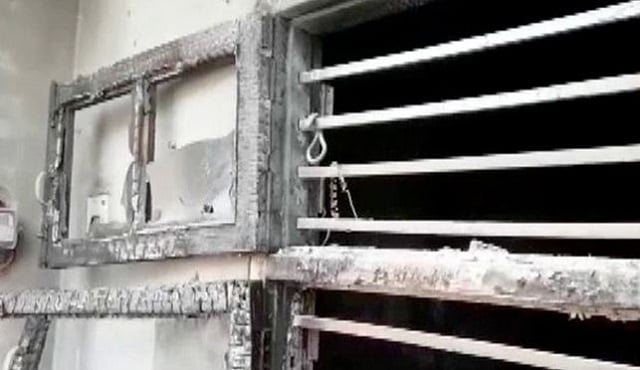 Panipat: Six members of a family in Panipat were killed in cooking gas cylinder blast which was caused by leakage in the gas cylinder on Thursday.

The deceased included a couple and their four children, said police. They have been identified as Abdul Karim (45), wife Afroza (40), daughters Ishrat (20), Reshma (17), and sons Abdush (12) and Afan (10). The couple use to work in a factory in Panipat.

Report says, the explosion occurred  when one of the family member had gone to lit a stove.

Some neighbours said when they noticed smoke coming out of the house, they informed the police and fire department.

Fire tenders immediately rushed to the spot and doused the flames.