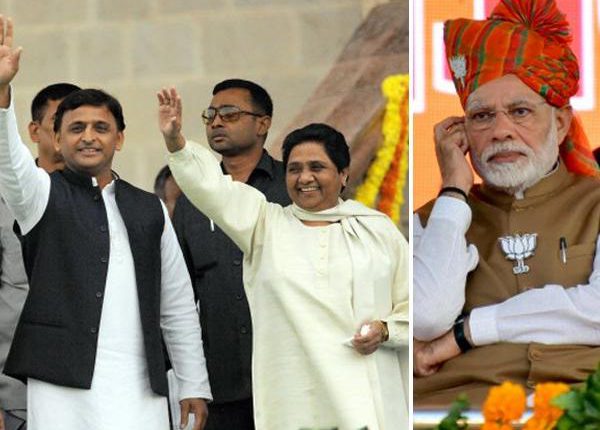 Lucknow: The SP-BSP alliance has caused a minor dent in the BJP’s 2014 tally but the saffron party is leading in Uttar Pradesh.

On the other hand, the Congress was ahead only in one seat in Uttar Pradesh, with party president Rahul Gandhi trailing BJP’s Smriti Irani in Amethi by nearly 11,000 votes.

Three out of the four Uttar Pradesh cabinet ministers fielded by the BJP are leading, according to the Election Commission trends. SP Singh Baghel, Rita Bahuguna Joshi and Satyadev Pachauri are leading over their rivals from their respective seats.

On the other hand, Union Ministers Manoj Sinha and Maneka Gandhi are trailing from Ghazipur and Sultanpur Constituency respectively.

Prime Minister Narendra Modi leading in Varanasi by a margin of 1.22 lakh votes, according to Election Commission trends.

Delhi: Son chops off body of father into pieces after killing