In the last fortnight, 117 mobile phones were recovered by jail staff during search operations, officials said on Friday. 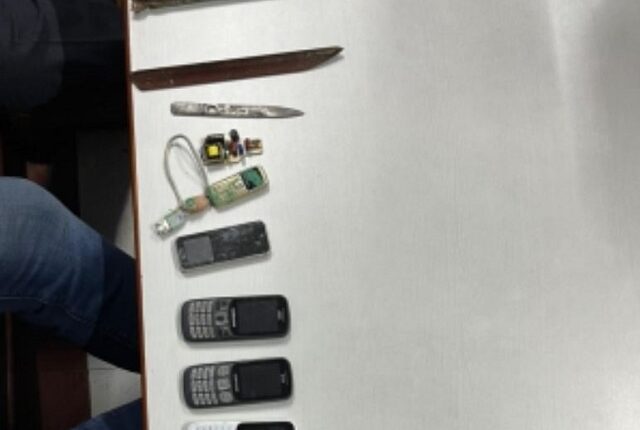 In the last fortnight, 117 mobile phones were recovered by jail staff during search operations, officials said on Friday.

After the recovery of mobile phones, the five officials have been suspended, an official said.

Earlier, Sanjay Beniwal, the Director General (Prisons) had given directions to all the jail superintendents to form their search teams and detect mobile phones and other prohibited articles in their jails.

A special vigilance team was also constituted by Beniwal at prison headquarters for a major crackdown on communication gadgets smuggled into the jail.