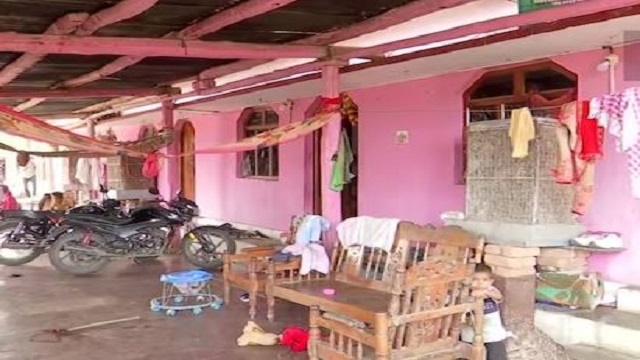 A 10-room house in Chandrapur region falls off in Maharashtra and Telangana. In light of it, a picture of the house has gone viral in the social media. The ménage is in depression as the family is being enforced to pay the house tax of both the states.

As per reports, the house belongs to Pawars, in which four rooms are in Telangana while the other four are in Maharashtra.  The families of the two brothers, Uttam Pawar and Chandu Pawar has been residing in this 10-room home for years.

According to sources, when the boundary dispute was ultimately resolved in 1969 the Pawar family’s land was split between Maharashtra and Telangana.