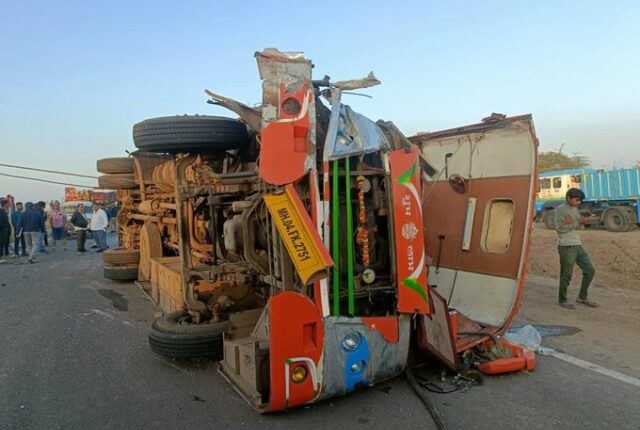 Nashik: At least 10 persons were killed and five injured when a speeding private luxury bus carrying Shirdi Saibaba devotees crashed into a truck near Patharde in Maharashtra’s Nashik on Friday, police said.

Report says, the accident took place around 7 a.m. when the bus from Ambernath in Thane was heading to the temple town of Shirdi in Ahmednagar district.

Chief Minister Eknath Shinde expressed grief over the tragedy and announced a compensation of Rs 5-lakh to the kin of all the deceased and free medical treatment for all the injured victims.

Shinde also ordered a probe into the accident, the causes and related aspects, said an official.

Among those who perished in the accident are at least six women, a man and the rest are children.

The injured victims have been admitted to the Sinnar Rural Hospital and some serious ones have been rushed to Pune hospitals.