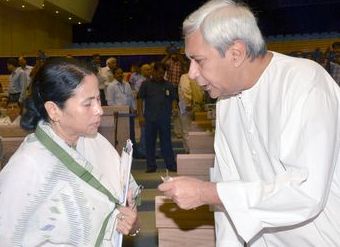 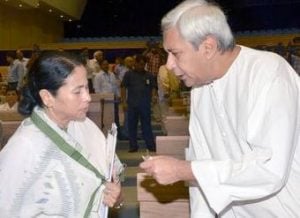 In a new twist to ongoing political tussle in Odisha, which witnessed hectic political activities after the BJP National Executive in Bhubaneswar, West Bengal CM Mamata Banerjee is coming to the state tomorrow on a two-day visit. Apart from holding a meeting of party leaders, she will also visit Lord Jagannath Temple in Puri.

Mamata will also meet his party MPs, who are in jail/hospital in connection with the chit fund scam. She will also try to revamp and rejuvenate the Trinamool Congress (TMC) cadres during her visit. TMC had recently announced its plan to launch membership drive across all 30 districts in Odisha.

The West Bengal CM is likely to meet her Odisha counterpart Naveen Patnaik during the visit and discuss the political situation in the country. However, Naveen may not be interested to join any front against the BJP immediately, but may extend his moral support to any political alternative.