Two Students killed as Truck falls on them in Rairakhol 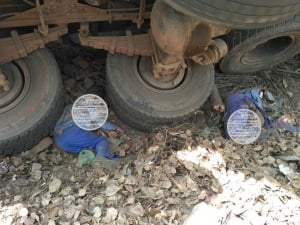 In a tragic incident, two school students were killed on the spot as a truck turned turtle and fell on them on National Highway-55 near Rairakhol in Sambalpur district on Monday.

According to reports, the unfortunate mishap took place while the students identified as Chinmaya Behera and Adyasha Behera, said to be brother and sister, studying at Prabhujee English Medium School were returning home after the morning class.

On being informed, police along with locals recovered the bodies of the minors and sent for postmortem. Besides, it has started an investigation into the matter.

Meanwhile, tension runs high in the area following the accident. The locals have staged a road blockade.