Revolt brewing in Kendrapara BJP over sidelining of Bijoy 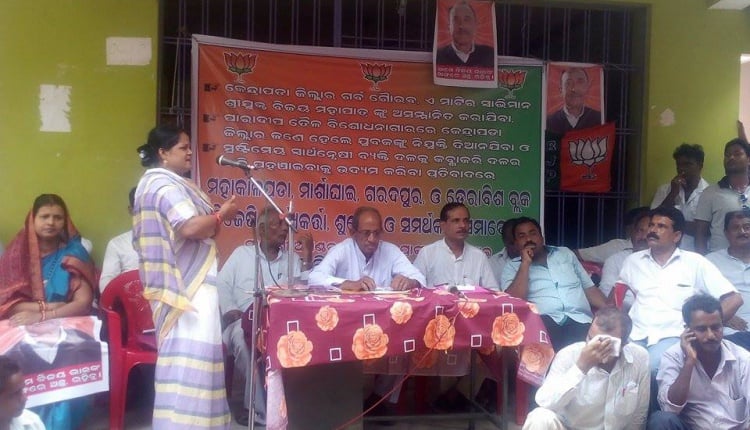 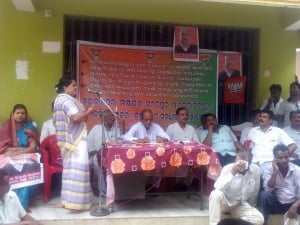 Kendrapara: Revolt is brewing in the Kendrapara unit of BJP over the sidelining of senior leader Bijoy Mohapatra in running of party affairs in the district. Ahead of the public meeting in Kendrapara town to be attended by Union Minister Dharmendra Pradhan on Sunday, hundreds of party workers have protested the cold shoulder to Mohapatra and threatened to boycott the meeting if the former minister is not invited.

Anger and resentment over Mohapatra not being kept in the loop about Sunday’s meeting boiled over at a meeting at Akhandalamani temple near Canal bridge on Thursday attended by hundreds of party workers. Speaker after speaker acknowledged the contribution of Mohapatra in spreading the influence of BJP in the district and condemned attempts to corner him.

BJP district unit president Sukanta Dwivedy too joined the rant saying a letter written by nine mandal presidents of the party to Pradhan and state unit president Basanta Panda urging them to invite Mohapatra for Sunday’s meeting and discuss party issues with him had failed to elicit any response.

“If Bijoy Mohapatra is not invited to the meeting at Kendrapara on Sunday, I will skip the meeting,” Dwivedy said.

In a sign of the extent of anger over the raw deal to Mohapatra, the protesters shouted slogans against Pradhan for neither inviting nor consulting him for Sunday’s meeting at Baladebdew Temple compound where former MLAs Utkal Keshari Parida and Dolagobinda Nayak are expected to join the saffron party.