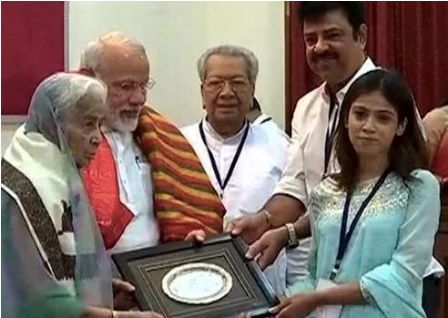 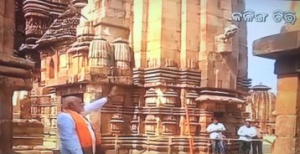 PM hailed the Paika Warriors and said he was fortunate to meet the descendants of those great people. He also promised to find a way to ensure that people of India remember these heroes and learn more about them.

Later, PM Modi drove straight to Lord Lingaraj Temple in Bhubaneswar. He met the people, waved at them before entering the temple premises and paying obeisance to the deities. He roamed around the Temple, took photos. The sevayats took selfie with the PM. Modi ended his Lingaraj Temple visit after signing the Visitors’ Book.