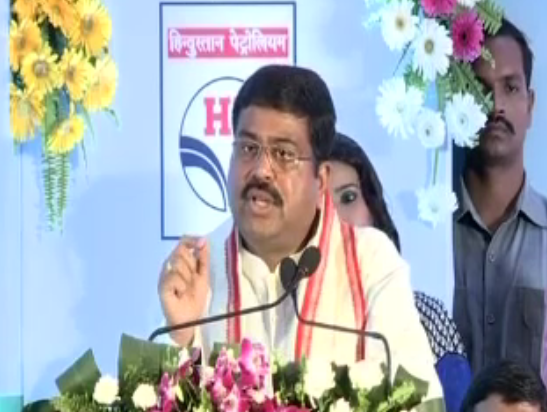 Bhubaneswar, Apr 01: Union Petroleum and Natural Gas Minister Dharmendra Pradhan on Saturday confirmed that his Ministry aimed to implement introduction of Bharat Stage-VI compliant fuel in the country by 2020.

Pradhan launched the BS-IV fuels from 12 different locations across the country via video conferencing in the presence of Petroleum and Natural Gas Ministry Secretary KD Tripathi and senior officials of lndianoll, Hindustan Petroleum and Bharat Petroleum.

Earlier, the Supreme Court order slapped a ban on Bharat Stage-III vehicles which came as a big blow for the automobile companies as they were sitting on a huge inventory of vehicles worth Rs 12,000 crore.

March 31 was set as the deadline for the selling and registration of these vehicles.

The Petroleum Minister also assured the people of Odisha of full support from the Central government.

“On the foundation day of Odisha, I want to inform all the people of the state that the Union government will always support the youth and provide them employment,” he said.