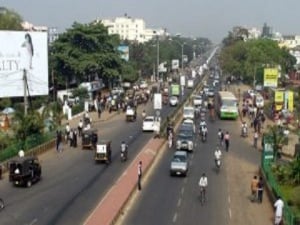 The state government on Thursday decided to rename various roads including the State Highways passing through towns and cities as Urban roads and thus created a passage for the liquor shop owners across the state.

According to a notification issued by the Works Department, different roads falling within the limits of the Municipal Corporations, Municipalities, Notified Area Councils, Sub-Divisional Head Quarters, Block Head Quarters and Tehsil Headquarters will be named as Urban roads.

However, the notification did not cover the National Highways passing through the Urban areas.

Speaking exclusively to Kalinga TV, Public Works Department (PWD) Bishnupada Sethi said, “We are yet to receive any such notification. However, if the name is changed, the liquor shops on the State Highways (SH) and National Highways (NH) would continue to sell liquor. There are as many as 1712 liquor outlets on the NHs and SHs in the state.”

The state governments of Uttar Pradesh and Rajasthan had also changed the name of the roads earlier for similar reason.