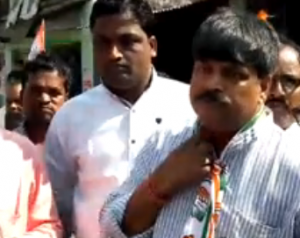 In his resignation letter, Lala Manoj Ray mentioned that he was upset with party’s organisational structure and poor activities that are hurting the credibility of Congress as well as its leaders and cadres.

Manoj Ray had contested the 2014 assembly polls from Nayagarh on Congress ticket, but lost to Arun Sahoo. The Congress Party has been on a decline in Nayagarh, while BJP is growing fast in the district. It was evident in the recently concluded panchayat polls.