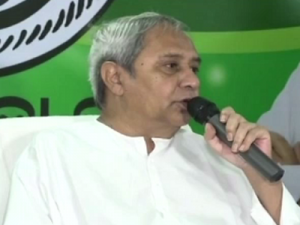 While the BJP continues to attack Odisha Chief Minister Naveen Patnaik for his alleged failure to give due recognition to the freedom fighters in the State, the BJD supremo has increased the monthly pensions of freedom fighters in various categories with effect from April 1, 2017.

Pension of freedom fighters, who had gone to jail, has been increased to Rs 10,000 per month from the existing Rs 6,000. Those, who did not go to jail, but took part in the freedom struggle, will get a monthly pension of Rs 9,000 instead of Rs 5,000.

In addition, the State Government’s Token Pension amount has been increased to Rs 8,000 from the existing Rs 4,000. The pensions of freedom fighters were last hiked in 2013. A further hike would definitely come as a big help to them, expects the Chief Minister.