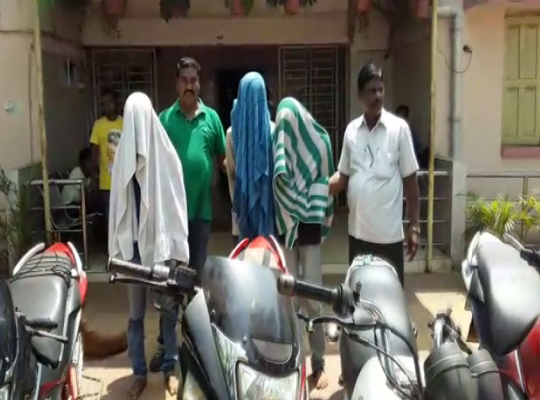 Bhubaneswar, Mar 25: Khandagiri police busted a bike theft racket and arrested five members of the gang including two minors here late on Friday night.
According to reports, police conducted raids at different places of the city and arrested Manas Kumar Samantray (28), SK Islam (18), Biswaranjan Sharma (19) and two juveniles – Sagar and Manu (name changed). Besides, it seized as many as 11 bikes and six expensive mobile phones from their possessions.
The gang was active in Ghatikia, Dumuduma and ITER area under the Khandagiri police limits.
While the juveniles were produced before the Juvenile court, the other three accused were forwarded to the court, said sources at the police station.
Meanwhile, efforts are on to trace the other members of the racket, added the sources.