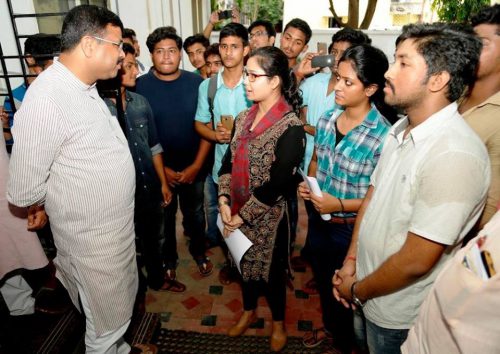 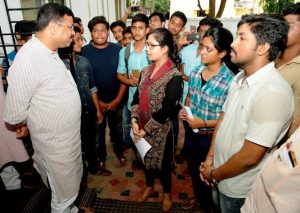 New Delhi: Responding to Union Petroleum & Natural Gas (P&NG) Minister Dharmendra Pradhan’s tweet  on the issue, Union HRD Minister Prakash Javadekar today announced the decision to deploy two officials to resolve the CBSE row, which has put the future of thousands of students from the Bhubaneswar zone in jeopardy.

Earlier, P&NG Minister Dharmendra Pradhan met the agitating CBSE students in Bhubaneswar and assured them that he would look into the matter to end the impasse. They have been protesting against the withholding of the results of many students as well as gross discrepancies in their marks in Class 12 results.

And, Javadekar responded with two tweets:

. @dpradhanbjp had apprised me today about the alleged discrepancies in the #CbseResults2017 in Odisha. (1/2).

I am deputing two officers tomorrow, who will discuss with the concerned to sort out the issue.(2/2) @dpradhanbjp #CbseResults2017

Free chemo service extended to all DHHs in Odisha