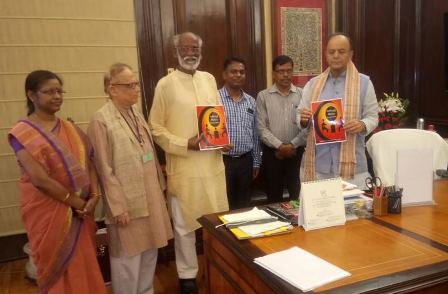 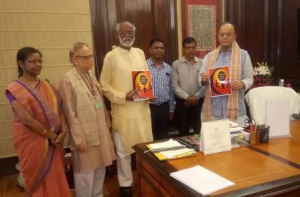 Union Finance Minister Arun Jaitley today released the logo of the upcoming National History Symposium on Paaika Rebellion on May 13 in New Delhi.

Jaitley released the logo in the presence of a six-member team of the Delhi-based ‘The Intellects,’ a progressive forum of Odia intellectuals.

The Intellects will organize the National History Symposium on Paaika Rebellion on Kranti Diwas on 9th August with the aim to take the Paaika rebellion to a national level as the first war of India’s independencet.

Professors, students and representatives from different educational institutions across the country, along with many historians, will take part during programme and discuss the rebellion.

On this occasion, the forum will also organize a quiz competition. Besides, a short film on the Paaika rebellion will also be screened.