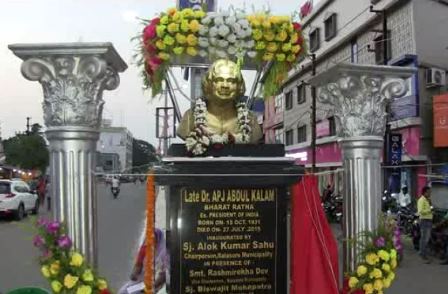 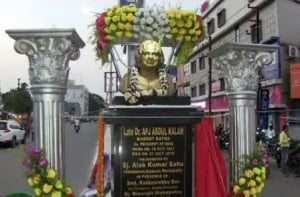 Balasore: The stature of former President Dr APJ Abdul Kalam was unveiled at Station Square in Balasore on Friday.

Alok Kumar Sahu, Chairperson, Balasore Municipality, unveiled the statue in the presence of many members of the Municipality and intellectuals.

“A golden stone statue of the People’s President with a cost of Rs 1.2 lakh, was unveiled as a mark of respect to Dr Kalam, who visited the district many times as the Integrated Test Range (ITR), which is considered as his ‘theater of action’, is situated in the district,” said Sahu while speaking to the reporters.

It was the long demand of the people of the town to install the statue of Bharat Ratna Dr. Kalam.